Saturday at the races

Back from the Iditarod.

Instead of downtown Anchorage, we spent the day out on the city trail. Becky's company is a major race sponsor and they throw a large picnic along the trail, and anybody is welcome.

I got drafted to hand out hot sausage sandwiches to the mushers as they passed, something Becky's company does every year. Here's me with a pan of sandwiches, that's #39 - the legendary Dee Dee Jonrowe - on her way past, and that's Becky on the right bringing me more sandwiches - with 98 teams, two mushers and at least one passenger per team, we handed out a lot of sandwiches (Dee Dee, incidentally passed on the sandwich, about half do). 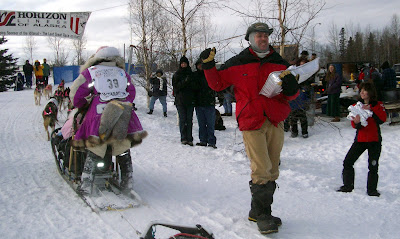 Eventually my arm went numb, so I drafted every kid in sight and had them pass the food off to the mushers.

I'm tired, and cold, and stiff and sore. And there's more tomorrow. So, I'm going to sit on the couch and watch Secondhand Lions, then I'm going to bed.


Oh yeah, one more thing - don't give your camera to your eleven-year old, or you'll end up with pictures like this on your memory chip. Just saying. 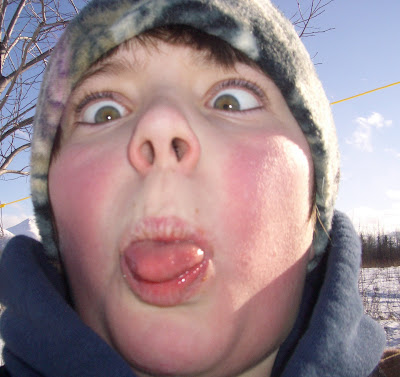