Oh yes, yes she did go there.

According to reliable media source, Sinbad the Comedian, Hillary Clinton may have, uh, embellished her combat experience in Bosnia.

I mean, seriously, so?

Look bullshitting your way into the White House is a time honored tradition in the United States. Her husband did it. So did the current jackass. And fudging the truth is, on the face of things, a required skill in a President. I mean, seriously here, what if Lyndon Johnson couldn't have lied flat out with a straight face about the Gulf of Tonkin? Why, we might never have gotten into Vietnam! Think of all the great movies that would never have gotten made! The books that never would have been written. We'd have lost three decade's worth of entertainment. The whole world changing hippy peace movement wouldn't have happened, my God, the music - we'd have lost the music! What, I say what, would we compare every military action to nowadays? Pundits and newspaper editors would have nothing to work with; Iraq, Another Day At Disneyworld just doesn't have the same ring as Iraq, The New Vietnam?

And Nixon, what if Nixon told the truth about Watergate? Forest Gump would have been a lesser movie for it. Woodward and Bernstein would still be nothing but bullpen stringers if it wasn't for Nixon, and All the President's Men friggin' made Dustin Hoffman and Robert Redford's respective careers. Thank God for Nixon's ability to bullshit.

Hell, even Vice Presidents need the ability to bullshit. Al Gore invented the internet and discovered an inconvenient truth - he got the Nobel Prize and an Oscar!

Look at Jimmy Carter, remember him? No? He told the truth. Nothing, barely a footnote in history. How about Gerry Ford. Loser.

Reagan was the consummate bullshit artist. He was so good at it in fact, that he's a role model for the GOP! And Bill Clinton, need I go there? Hillary learned from the best. And then there's George the Lesser Decider, the King of the Malleable Past. Tell us about Vietnam, George. "Oh hell, yes, there was this one time I was knee deep in a bucket of hotwings outside a Louisiana National Guard Post, I took some fire the next morning in the shitter, I can tell you!"

Seriously, what's a presidential candidate anyway? A candidate isn't a person, a presidential candidate is entertainment. A president is a dozen speech writers, a make up guy, a voice coach, a public relations firm, and a dozen talk show hosts. So Hillary bullshitted about her past? Good! She's got the mad skillz I want in a President. And I say fuck it, if you're going to do it, go big. The bigger the better. Americans like to be entertained, give us a story, Hill, make it a good one. 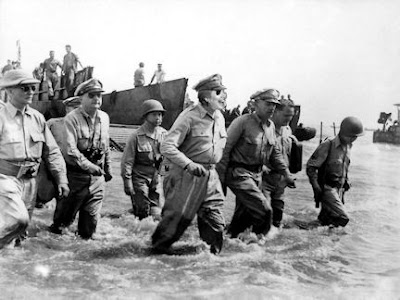 I'd like to be charitable. I'd like to say I've been in similar situations and I know how information can get confused. I'd like to say that Hillary Clinton was telling what she thought was the truth, that she was repeating what her security detail told her. But, if you watch her and her daughter walk from the plane (the video is widely available, I'm not going to repost it here), you can easily see that there is no threat - and she is clearly aware that there is no threat, at all. Because, really, do you think that even cast iron Hillary Clinton would walk across open tarmac with her daughter in tow if there was even the slightest chance of sniper fire?

As I said over on Refugees from the City, I think that smell is the smell of desperation. Sad and inevitable.
Posted by Jim Wright at 12:33 PM

Email ThisBlogThis!Share to TwitterShare to FacebookShare to Pinterest
Labels: Things I find pathetic