Things that Chap My Ass About Christmas

The Secret Police: If mind numbing music wasn’t enough, while you’re standing in line for hours on end you get to listen to the endless ringing of little bells. It’s the Salvation Army, Santa’s intelligence gathering arm. They’re everywhere, on every corner, in every store, always watching like the pervasive surveillance system they are.  Shaking you down, demanding a cut, all in order to “redistributing the wealth.” 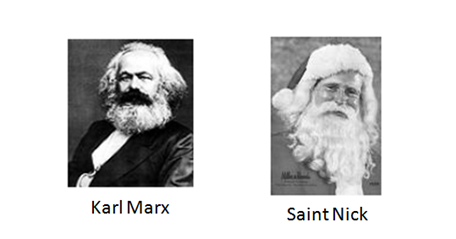 Note: Sarah Palin is in town for a book signing and Jim is suffering a reaction to the excess Conservatism that is currently smothering the MatSu Valley like an oily gray oppressive blanket of stinking fog. Please be patient, things will return to normal shortly.

Email ThisBlogThis!Share to TwitterShare to FacebookShare to Pinterest
Labels: Things that amuse me, Things that chap my ass