For the first time ever, astronomers have directly observed an actual extra-solar planet.

Previous extra-solar worlds have been detected when they occluded their primary star or by gravitational displacement, but in this case astronomers have used the Hubble space telescope to directly observe a planet in visible light. The new world circles Fomalhaut b, twenty-five light years away.

How astounding is that?

That’s it, the faint little dot inside the small white box.  The Star Fomalhaut is the white dot in the middle of the picture, and the rays of light surrounding the distant sun are starlight reflecting off of an immense dusty debris field. 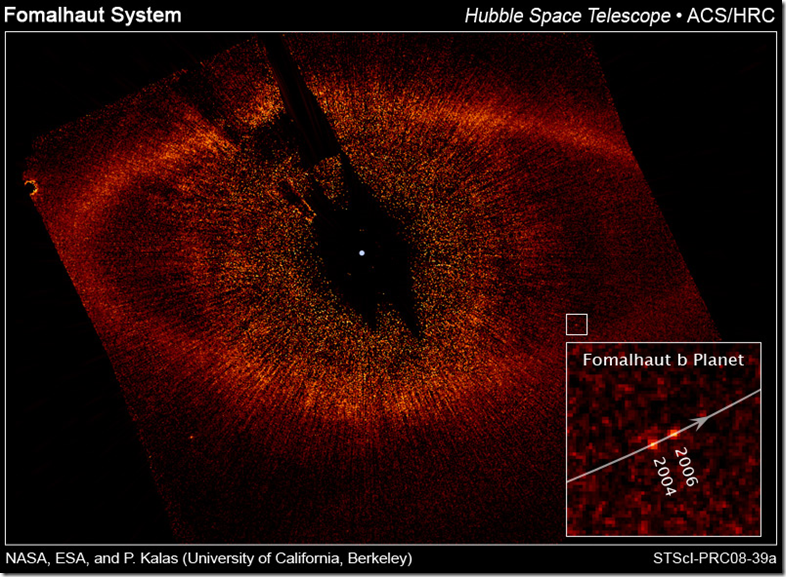 Email ThisBlogThis!Share to TwitterShare to FacebookShare to Pinterest
Labels: Things that amaze me