I Have A Bad Feeling About This

As is turned out, those were the droids we were looking for. 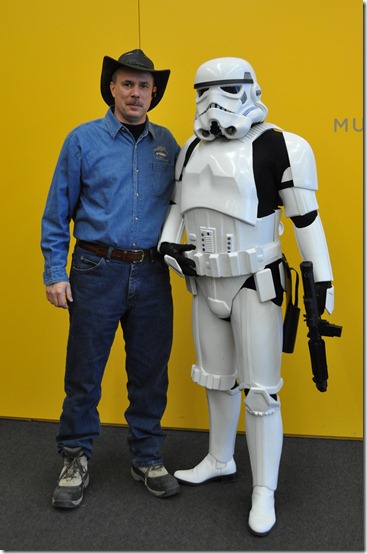 We went to see the Star War exhibit at the newly expanded Museum in Anchorage yesterday.

My son was appalled by the number of “nerds” present.

And even more appalled to find out his parents were among them.

Embarrassing the 13 year old – it’s sort of the whole point of being parents in the first place.

The exhibit is a collection of props, models, and costumes from the various movies.

The landspeeder was pretty beat up, I doubt you could get more than a couple thousand for it – they’re just not in demand, not since the new models came out anyway. 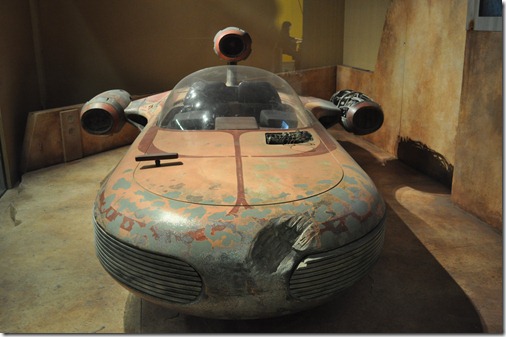 This weird old guy kept in front of me cutting. Asshole he was: 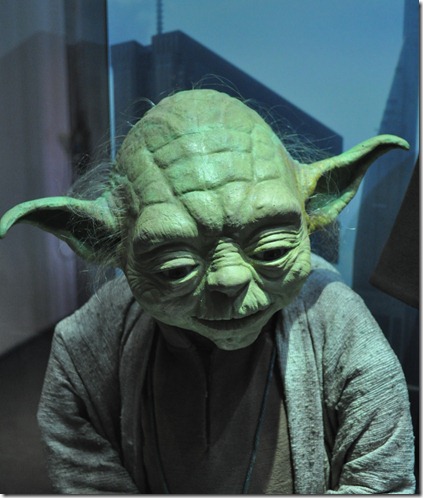 They said it would make .5 past lightspeed, but all I could think was “what a piece of junk!”

It being Alaska, a number of tourists showed up in their enormous RV’s. 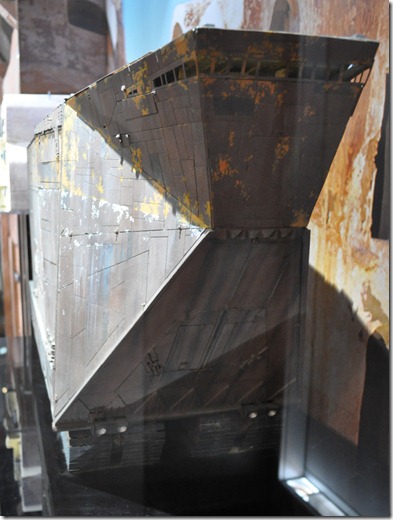 I’m not sure where they were from, Jerkville maybe (a suburb of Mos Eisley), and they didn’t seem very friendly. 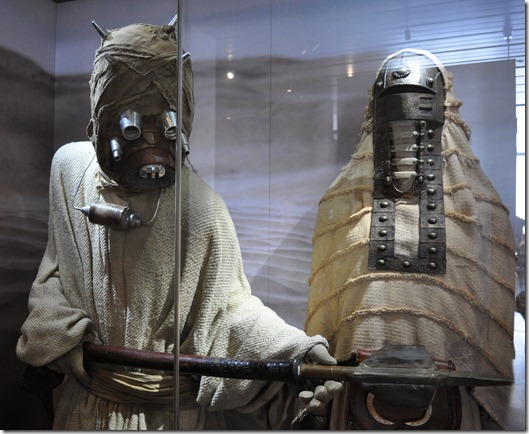 I tried to talk to this guy, but he gave me the cold shoulder. 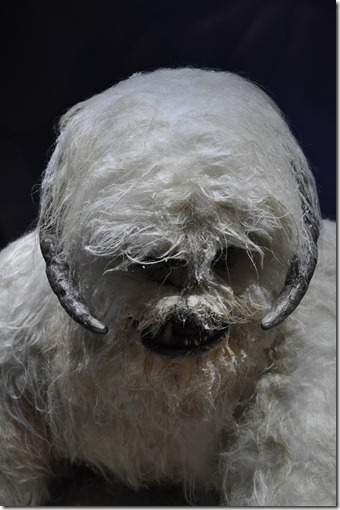 On the other hand, this guy wouldn’t shut up. 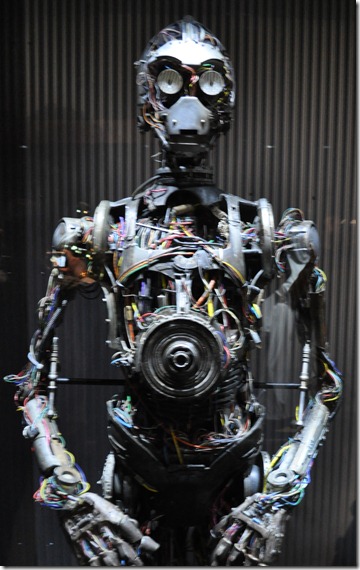 Actually, it was pretty cool. I am always amazed at the level of detail in the models. Though the capes on the costumes looked like somebody recycled all those nylon earth tone drapes from the 70’s.

I suddenly feel the need to watch the original trilogy.

And no, gentle readers, I didn’t see a single Leia bikini.

Email ThisBlogThis!Share to TwitterShare to FacebookShare to Pinterest
Labels: things about scifi