I went out to the shop.

I intended to do some carving.

Unfortunately, the stool in front of my carving station was occupado. 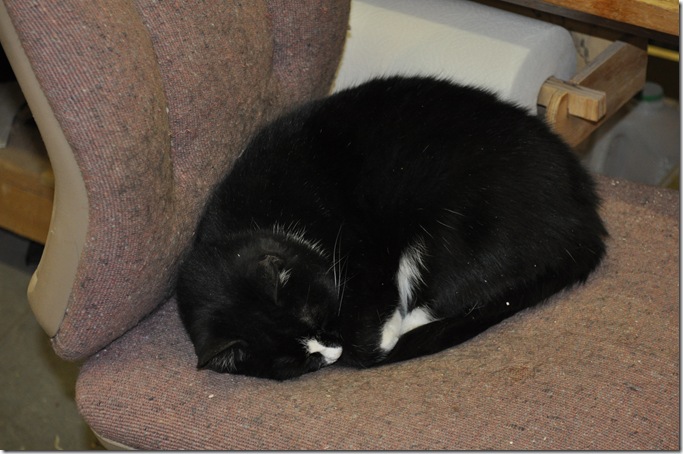 No matter how I prodded her, Shopkat feigned sleep and simply curled up tighter. I know she was faking it, the little stinker, I could see her watching me through slit eyelids.

So I spent some time on the lathes instead. I finished up a couple of rough turned bowls that have been drying in the shop for five or six months now. They’ll be ready for carving tomorrow, cat or no cat.

Then I decided to see what I could do with some of the wood Karl brought me.

Several months ago he passed through Stonekettle Station on his way to pick up a sheep (yeah, I know. I did it on purpose) and he dropped off a bunch of maple flooring salvaged from a school gym up in Fairbanks. He also left me two large beams of cedar. I haven’t done much with the maple yet, but I will. It’s beautiful stuff, probably 50 years old or so, and they really don’t make gym floor out that stuff any more because that kind of wood just doesn’t grow in that kind of quality or quantity anymore.

Update: Karl tells me via email that those cedar beams came from the bathroom in his building at the University of Alaska, Fairbanks. Karl salvaged them after they were thrown out during a renovation a couple years back. Figure they are from around 1963 or so.

I kept looking at those cedar beams though, and decided to see if I could turn a birdhouse from it.

Turns out I could. 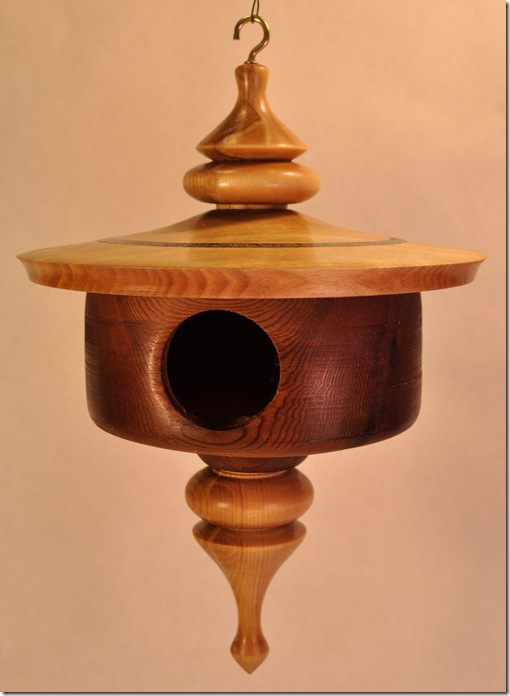 And a darn nice one too.

The body of the house is the wood in question, still strongly fragrant and smelling of red cedar and not gym sock sweat industrial bathroom deodorizer even after all these years. The top and bottom are Alaskan Birch. There’s an inlay of black ebony around the top – just for the hell of it.

Yep, a good night in the shop.