A Conversation With My 6-Year Old Neighbor

I was in the shop, this is the song that was on the sound system. Play it loud (Anybody know who the bassist is? You don’t get anything if you’re right, but I’d be very impressed). 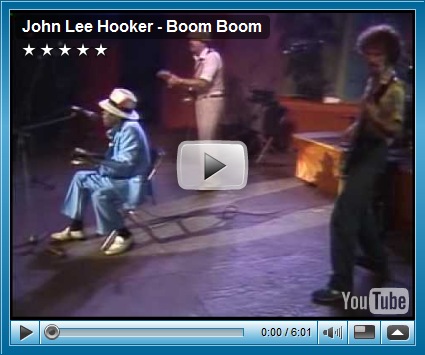 I was indexing pieces prior to cutting them on bandsaw. I had the music turned up. I was grooving right along. Looked up. Neighbor kid standing in the open highbay door.

This kid’s middle name must be “Crap,” he loves the word.

He kind of vaguely waves around, I understand he’s referring to my music selection.

Me: This is John Lee Hooker, one of the greatest blues singers that ever lived.

Me: John Lee Hooker, the song is Boom Boom. I take it you don’t like it?

Me: You say that about every song I play. What kind of music do you like?

Kid: Not the crap kind. Don’t you have any music that’s not crap?

Me: Well, let me think about it for a minute.  Say, has anybody told you about the monster?

Me: I probably better not say anything.

Me: Well, there’s been this monster seen in the neighborhood lately, and…

Me: I better not say.

Me: Okay. It’s long and slimy and goes around like a giant snake with eight legs.  It crawls in your window at night and wraps around you and…

Me: It sucks your eyeballs out.

Me: Yep. You can protect yourself though…

Me: It hates John Lee Hooker music. You have to listen to it all the time, really loud. That’s why I have it playing in the shop, so the eye sucker monster doesn’t get me.

Me: Ayep.  You better get yourself some of that.

Kid: Moooooooooooom! [disappears down the drive]

I’m sort of hoping he went home and told his mom he needed a hooker so the eye sucker… uh, never mind.

Calling Johnny Lee crap, I hope he has nightmares.

Better yet, maybe the eye sucker monster will get him – that’ll teach him to appreciate the blues.

Email ThisBlogThis!Share to TwitterShare to FacebookShare to Pinterest
Labels: Things about kids, Things that amuse me, Things that irritate me