OK, I promised that the very next turning picture I published would be of Shawn Power's bowl.

Here it is. Now, see, before you start making that funny face let me give you a little background. Shawn specified a few things. First, no sissy stuff, he wanted a man's bowl. He wanted something hefty enough to crush a foot if dropped. He wanted something from the Big Lake/Miller's Reach fire, something with "lot's of character," in fact the more "character" the better. Something weird, irregular, and different - you know, like Linux.

We aim to please here at Stonekettle Station (we also aim at missionaries, insurance salesmen, and politicians who trespass on station property, just saying). 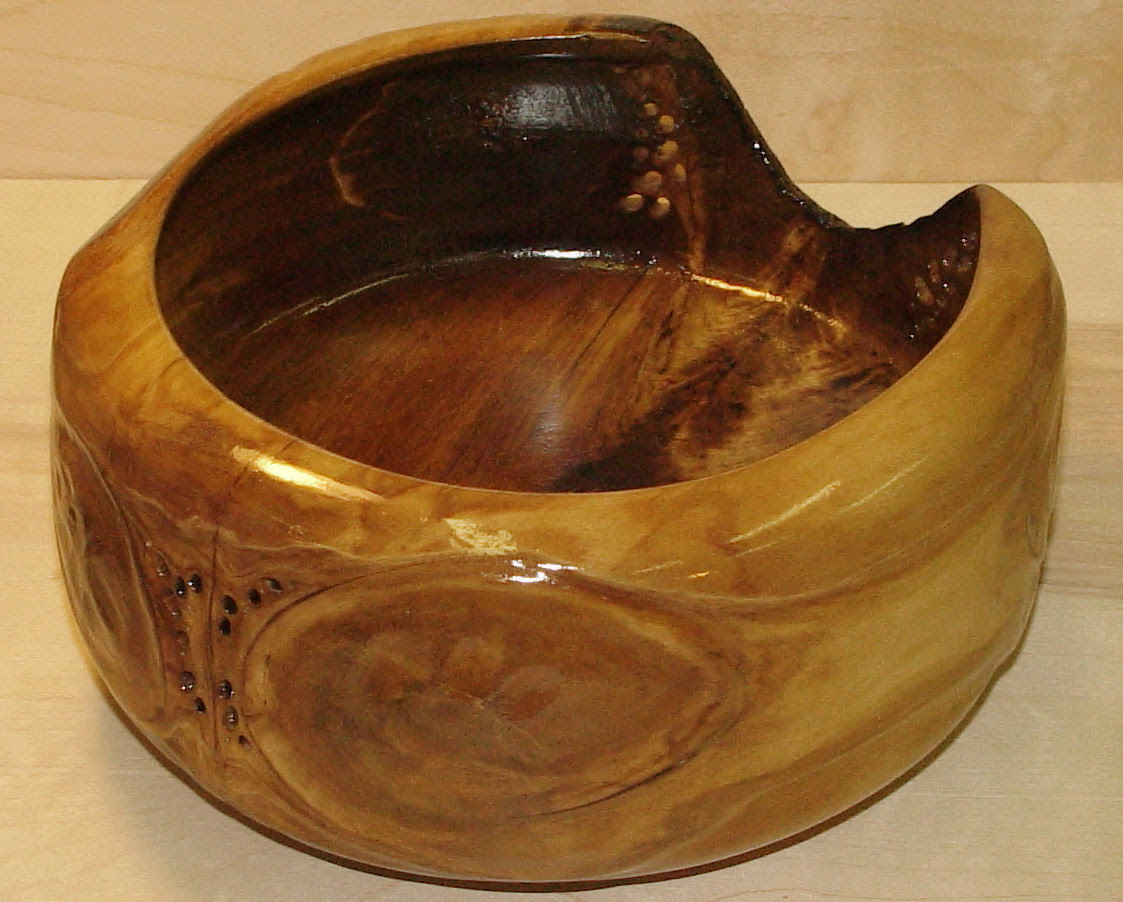 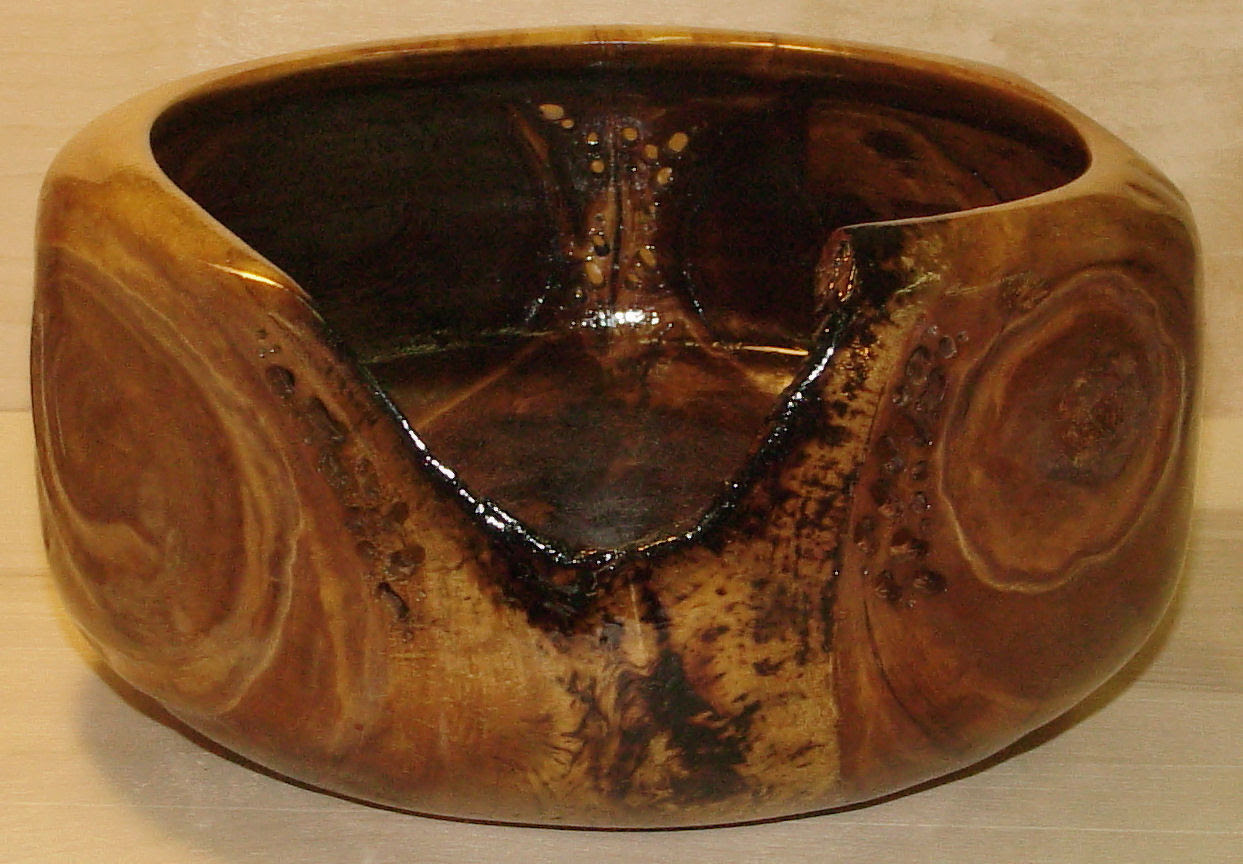 This was an ever lovin' bitch to turn. The wood was extremely wet, and the irregular shape and the birds eyes gave me no end of grief. However, I am quite happy with how it came out in the end.

As usual, the full gallery is here.

This bowl was made from a tree harvested near Big Lake, Alaska. The tree was actually two smaller 'suckers' that had grown together into one large trunk. The tree was badly burned in the infamous Miller's Reach/Big Lake fire but managed to survive for some years afterward and the sapwood grew around the fire damage. The rim of this bowl has a large divot, lined by charred wood. The walls are turned thicker than I usually do, to give the bowl some heft. There are two large 'birds eyes' on either side of the bowl (a total of four), reflecting the origin of the final tree trunk. There is some natural edging along one side of the rim and the sides have been sculpted and slightly filigreed to emphasize the birds eyes and heartwood grain. Finished in Danish Oil and a hard glossy acrylic.

So anyway, Shawn if you think this is what you had in mind - email me and we'll work out the details. Otherwise I'll start over, sigh.
Posted by Jim Wright at 3:50 PM