So, I missed it but I assume Trump is currently being reinstated because the Arizona Cyber Ninja Pirate Kraken audit proved Joe Biden lost by like a Quebizillion votes...?

So, anyway, anyone know what channel the inauguration is on?

But seriously, a bunch of crooked Republicans (that's redundant, isn't it? It sounds redundant) did their damnest to rig an election so only their party could vote and only their candidate could win and Trump sucked so hard, so goddamn hard, that not only did he lose in the reddest of states to Joe Fucking Biden but when they hired a bullshit openly partisan "cybersecurity" outfit to steal "audit" the election, Trump actually lost even harder.

There's a supermassive black hole at the center of the Milky Way galaxy, this thing is a ravening gravitational monster that pulls in goddamn stars by the millions and eats them whole and even it doesn't suck as hard as a Republican who actually tried to cheat in Arizona of all places and ended up losing even more.

Republicans actually paid to get their pants pulled down and spanked on their bare ass in public... okay, that's maybe not the best analogy when it comes to Christian Conservatives, but I think I've made my point here.

Me? I blame Justin Bieber.

What does The Biebs have to do with it?

Meanwhile, Trump Junior gave a speech at a "gun mega-store" in Marietta, Georgia earlier this week where he proudly referred to himself as a "5th Avenue Redneck."

I'll just pause for a minute while you savor just how stupid rich you have to be to think that's clever.

I'll pause for an extra minute so you can consider just how much of a simple country chump you have to be to applaud it.

Think about the guy saying it. Junior here spends more on hair product in one week than his audience likely makes in a year -- or, you know, about the cost of an AR-15. Think about the toothless goobers listening to this ridiculous Ken Doll and nodding their heads. Hey! He saed 5th Abenew Redneck, Bubba! Hell, this feller's one of us! He's not like them other New York elites! 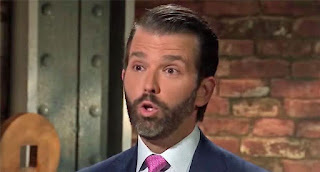 Junior told the assembly of Confederate flag-waving ass cracks that only way to stop Joe Biden's agenda is with their guns. Praise Jesus! And also dismissed gun violence:

In terms of, as a percentage of crime, it's like nothing, right? It's statistically very insignificant. That's not saying that we want to allow those things to happen. Obviously, that's not the case. But they're [gun control advocates] able to manipulate the data.

Them damn Yankee liberals are able to man-ip-u-late that dater, Bubba!

I really enjoy the part where your murdered kids and dead Americans are statistically insignificant. It don't get any more 5th Avenue than that.

One abortion is one too many.

One black person voting in Georgia is one too many.

One immigrant crossing the border illegally is one too many.

One poor person getting some food stamps? One too many!

At this point I'm just sitting here waiting for Republicans to outlaw antibiotics next.

Honestly, how long until Texas Republicans pass a law making prayer a mandatory treatment for COVID?

Remember that time Governor Rick Perry got on TV and called on a whole stadium of Texans to pray to their miserable mean god for rain? As an official act of the state government? Remember that? And we thought Sweet Wookie Jesus, look at that guy just pissing all over the separation of church and state, man, somebody should totally put a stop to this religious bullshit before it gets out of hand.

Spoiler alert: No one put a stop to it.

Speaking of religious nuts no one is apparently going to stop, Marjorie Taylor Greene spent Friday screaming at people on the Capitol steps.

You look at this woman, all red faced and yellow-eyed, shouting insanity, spit flying, and how do you  even tell her from the other nuts roaming the Washington Mall?

Has anyone actually checked?

Maybe she's not really a member of congress.

Maybe she's just another cat-piss smelling goof with crazy hair who wandered in off the street? It's Washington, I mean, weirder shit has happened.

Seriously, no one would have elected her? Right?

This woman is horrible and that's a fact. But just how ignorant, how hateful, how goddamn horrible do you have to be yourself to vote for someone who thinks government should be run by the absolute dumbest, meanest, loudest bully in Junior High?

And with that, we've come full circle back to Trump. 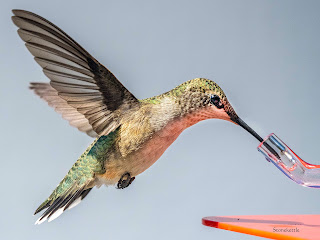