You can't trust the government! 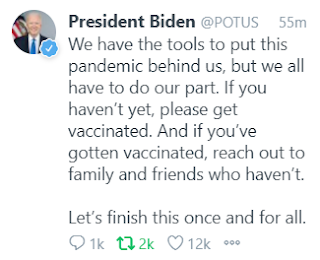 But most of all, you can't trust government!

First thing in my feed this morning is Sarah Palin looking like she's about two weeks into her third Rehab, doing some interview, wait, people still interview Sarah Palin, why? She was describing how she's not anti-vax per se mind you, but she's not vaccinated for reasons that sounded a lot like if you took the text of a Trump COVID speech and had it transcribed by a monkey working its way through a couple tabs of acid.

Do your own research, she says.

And, of course, you just can't trust the government.

They'll trust some anonymous troll on the Internet.

They'll trust their idiot uncle or some blowhard pundit or that one blonde with the big tits on Fox News.

They'll listen to some rap star who's got a cousin who knows a guy with swollen nuts.

But you just can't trust the government, you know, man?

These people they couldn't wait for Trump's Warp Speed vaccination. He's so smart, he's so handsome, he knows what he's doing, he knows more than the doctors ... well, according to Trump anyway.

But the minute Trump was out of office they stopped believing in that vaccine and so did Trump.

You can't trust the government says Trump, and he should know, shouldn't he?

We'll come back to that.

Don't trust the government say people who blindly take every word Donald Trump says, no matter how bizarre, insane, or obviously wrong it is, as gospel.

This has become Republican ideology, you can't trust the government. It's literally the only thing they believe in.

Why can't you trust the government?

Well, I mean, look at history.

Richard Nixon, for example. That guy didn't just lie his way into office, he actually colluded with Henry Kissinger -- who betrayed the administration he was supposed to be working for -- who sent Kissinger's pal Anna Chennault to sabotage the Paris Peace talks and prolong the Vietnam war so that Nixon could get elected. That little maneuver prolonged the war by years and cost us another 20,000 American lives. And then the greasy son of bitch committed even more crimes to get re-elected and got caught. And was impeached. And then resigned. 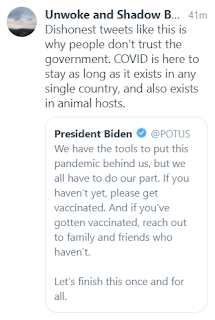 But I know people to this day, who think Nixon didn't do anything wrong. Or, well, okay, maybe he did, but hey, you wouldn't have wanted a liberal in office would you? And not just a liberal, but George McGovern!

Better a crook than a fucking hippy, right?

Or how about Reagan? You'd never guess the people who worked for Nixon and pulled his strings were right there doing the same for Ronald Reagan a few years later, would you? Same people backdoored Jimmy Carter with Iran just like they did in Paris. All's fair in love and war. Anything to get elected. But, then once Reagan was in office he had to make good on that deal. So, he sold weapons to our enemies and financed a secret illegal war in Central America. And when it all went sideways he charmingly forgot everything, left Ollie North to take the fall, and CIA director William Casey died before he could be subpoenaed. How convenient!

Still, as crooked as Reagan was, maybe even up to committing actual no shit treason by selling weapons to our enemies, man, you know, he loved America! Hero. Cowboy. Man's man. A real president. Better than that wimp, Jimmy Carter. I mean, sure, Carter actually lives the life Americans claim to admire, honest, humble, truthful, hardworking, godly, selfless...

Reagan might have been a senile traitor, but you wouldn't want Carter, would you?

Well, at least George H. W. Bush was a decent guy, right? Never mind he was Chairman of the Republican National Committee during the worse years of the Nixon Administration, literally in charge of the GOP's Dirty Tricks operations when "ratfucking" actually became an accepted mainstream political term. Or that as such, he tried to use that position to influence the corruption investigations of Spiro Agnew and later Nixon himself. Or that part where he was the head of the CIA running Operation Condor and directly assisting military dictatorships in Central America. And those ratfuckers who were behind Nixon and Reagan? Guess who George put in charge of everything? Yeah, but in fairness, he kinda owed them. Anyway, the guy who promised not to raise your taxes did anyway. 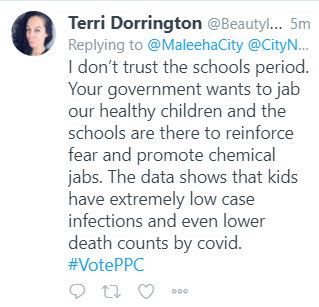 Couple years later and it's George W. Bush and who was it pulling the strings? You guessed it. Same old dirty ratfuckers from the Nixon Administration, same ones who worked for his dad, name for name. And sure enough, they lied us into two wars that would go on for 20 years and cost us another generation -- and that was maybe the least horrible thing that came out of that administration of secret laws and waterboarding and indefinite detention and rendition and ... well, you get the idea.

You just can't trust these people. 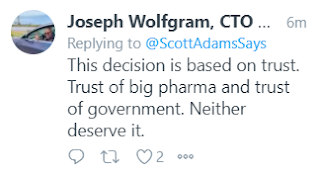 But hey, at least we didn't end up with that stiff, Al Gore, right? Mr. "I invented the Internet." Boring! That guy couldn't commit a crime if you gave him a thousand bucks in cash and dropped him off in Vegas at the Adult Video Network Awards after-party.

And then they elected Trump.

The you-can't-trust-government crowd elected the single least trustworthy human being in America.

This guy broke every promise he made -- and then lied about it right to our faces.

This guy lied about every minute of every day he was in office, clumsy stupid lies like a child would tell -- and then he went golfing and lied about that.

This guy hired crooks and liars and grifters and they proceeded to steal, lie, and grift -- and they didn't even try to hide it, they're still doing it.

And all the while, Republicans cheered.

They were proud of it.

When you keep electing worse and worse people, crooks and traitors and imbeciles, sometimes all at once, when you repeatedly elect people who are patently untrustworthy and you know they are untrustworthy, well no shit you can't trust them.

Look, I'm not trying to say that the other side is all that great either. Lyndon Johnson lied us into Vietnam with that Gulf of Tonkin bullshit. And Bill Clinton, well, yeah, I'm not going to defend Bill Clinton. But Obama was as upright a president as we've likely ever had, with the exception of Carter. None of them were perfect, but at least they didn't sell weapons to our enemies or attempt an insurrection or tell people to inject bleach for fuck's sake.

And at least Democrats believe in good government -- even if they often fall short.

Not only do Republicans not believe in good government, they actively hate government altogether.

Reagan himself said it: "government isn't the solution, government is the problem" -- and then America elected him and he proceeded to prove it.

And Republicans have been proving it ever since.

We have to stop electing people to run government who don't believe in government.

We have to stop electing people to run America who don't believe that America is for everyone.

We have to stop electing people to run government who think government is the problem.

We have to stop electing people who don't believe in democracy.

In America, if you can't trust your government, well that's more a reflection on Americans than it is on government.

If you want a better nation, you have to better a better citizen.