Talk About Your Proverbial Coincidence

Did you feel that?


It hasn't posted to the Alaska Earthquake Center site yet, but we just had a good shake here. I felt two good seismic jolts, about twenty seconds apart with tremors between and a long rolling set of temblors after the second shock for a good thirty seconds.

Just posted to the Alaska Earthquake site. I knew it had to be fairly good sized and close due to the sharpness of the jolts.

Right on both accounts.

It was 4.69 in magnitude and right the inlet below my house. Epicenter was less than 24 miles away. 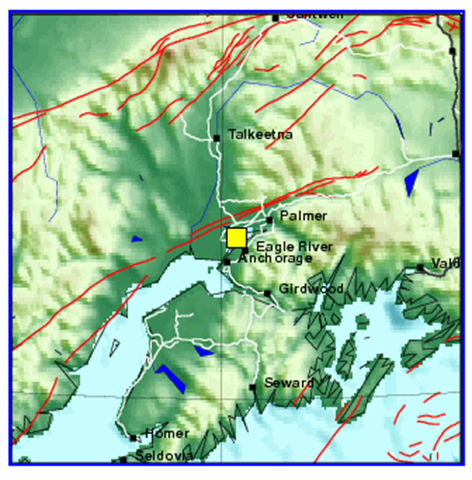 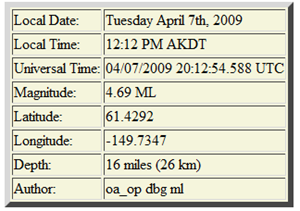 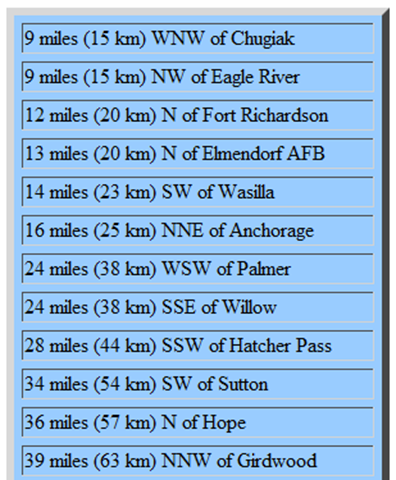 I just, and I mean just, got back from the insurance office, where I was discussing our various policies, including earthquake insurance and the increasing thereof to cover a number of improvements we’ve made around here in recent years.