I bought another lathe this weekend.

I deserve this lathe.

It’s a mid sized lathe, expandable into full sized with bed extensions, and widely considered to be the best machine of its kind – and from what I can tell after two days with it, that’s a well deserved reputation.

I bought it primarily so that my son would have something to work on. 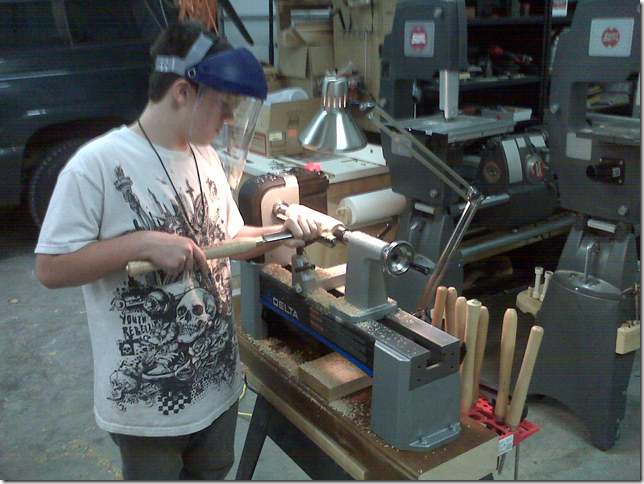 That’s him roughing spindle stock to round.

Somebody asked on Twitter if he shouldn’t have his shirt tucked in while turning.  With this setup that’s not really an issue – that necklace he’s wearing outside his shirt is though.  I didn’t realize he was wearing it until after I took the picture (seriously, I can’t look directly at that shirt, it gives me a headache).  Once I realized he was wearing it, I had him tuck it in.

Anyway, between the new lathe and packing your birdhouses, we spent the entire day in the shop and now I’m too damned tired to write anything.

Consider this any open thread, what is it that you deserve?