Tonight my wife choose to watch a chic flick.

Here’s the tag line: A ghost tries to sabotage her former boyfriend's current relationship with a psychic.

You may imagine, if you will, my level of enthusiasm.

No aliens? No boobies? No explosions? Not even a car chase?

Oh goodie (Tomorrow, she will be forced to sit through Predators and at least one Terminator movie, balance must be restored to the Force).

However, as much as it galls me to say it, the chic flick turned out to be a fairly funny and entertaining movie called Over Her Dead Body.  Nothing particularly gut busting, but it had its moments. It starts out with Eva Longoria getting crushed to death under an ice sculpture. Since I can’t stand Eva Longoria, I considered that fairly amusing.

Reason I mention it, is towards the end, the soundtrack included a cover of I Can See Clearly Now by a singer whose voice I didn’t recognize.

Now I dig I Can See Clearly Now.

I’ve always really, really liked that tune. I’ve got the original Johnny Nash album, the Jimmy Cliff hit version, and, of course, the Bob Marley. It’s just such a great, upbeat song. I defy anybody to listen to I Can See Clearly Now and come out the other end with a shitty attitude. It’s just one of those truly great songs.

Here’s Jimmy Cliff on Letterman right after Cool Runnings came out (That reminds me, Damn, I miss John Candy): 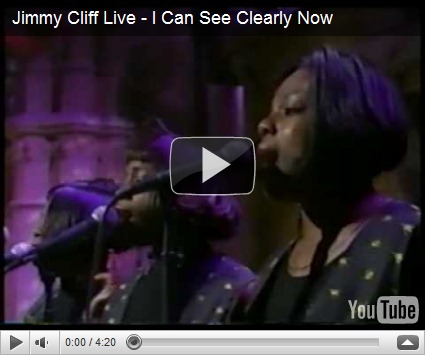 I googled the movie soundtrack and found out that the cover version I’d heard was by a guy name Eagle Eye Cherry.  That’s his real name, the actual no shit name his folks gave him. Eagle Eye Lanoo Cherry. That is my official pick for Most Awesome Bad Ass Name Of The Universe.  Turns out he’s a talented artist as well.

Unfortunately, Eagle Eye’s version of I Can See Clearly Now doesn’t seem to be available anywhere, including YouTube.

However, in the process of finding that out, I discovered that I Can See Clearly Now has got to be the single most covered song in the history of music. Everybody, and I mean every damned body, from Gladys Knight & the Pips to The Mamas and the Papas to Willie freakin’ Nelson to the Muppets has done a cover. I spent three hours listening to different versions of the song, including the most awesome Ray Charles and by the end I was in a very good mood.

Then I found this: 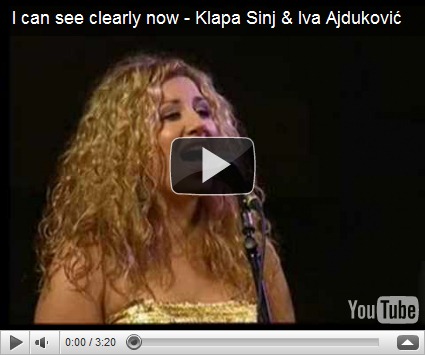