For some reason, I’ve had The Zombies playing in my brain for the last couple of days.

It started out with the guitar riff from Time of the Season and this morning I woke up with She’s Not There playing in my head.

It may be a sign of the impending Zombie Apocalypse, you should probably oil your shotgun and sharpen your machete. 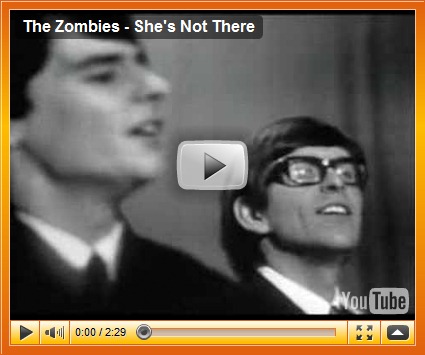 Funny thing, She’s Not There was the debut song by The Zombies, released in ‘62 while they were working on their first album. In 1964, She’s Not There reached #12 on the UK charts and broke the top ten in North America.  This video would have been made in ‘64 or ‘65 — and yet you’ll note that all of the electric guitars are apparently wireless.

A band far ahead of their time indeed.