This isn't another failed business venture.

We're not settling out of court. 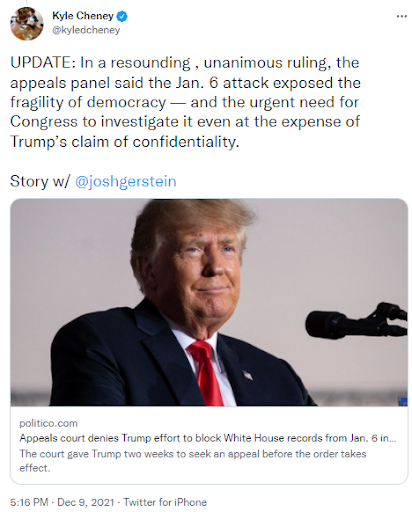 America didn't sign an NDA with this asshole and Executive Privilege applies only to the current Executive, not the former one.

Trump is entitled to exactly fuck all confidentiality when it comes to treason, sedition, and insurrection.

America has not only a right, but a duty to know every detail of Trump's involvement in the attempted overthrow of American Democracy on January 6th, 2021.

The future of the Republic demands nothing less.

At this point, a full and detailed accounting is long past due.

If Trump, if Republicans, are innocent, then let them prove it beyond any shadow of a doubt.

But, of course, they're not innocent.

They know they can't prove their innocence, because they are guilty as hell.

They tried to overthrow the government. Yes they did.

They gave aid and comfort to our enemies, foreign and domestic, and they're still doing it.

They're just mad anyone would call them out on it.

Of course, mad is what this is all about.

Republicans tried to overthrow democracy because they're mad.

They're mad at the idea every vote should count.

But it's more than that, they're mad at the very idea your vote, the vote a liberal, of a woman, of a black person, of a gay person, of a transgender person, of an ex-con, of a naturalized immigrant, should count every bit exactly the same as theirs.

They're mad because women want control over their own bodies.

They don't give a shit about "life" or any right to it. It's not about the babies. It's not about sanctity or their God and it never has been. No, it's about power, control, and forcing others to submit to their will. They're mad at the very idea of someone, anyone, especially women, defying their perceived authority because it directly makes mockery of their fundamental perception of themselves as masters of the universe.

They're mad because people demand the right to their own identity.

For them the world is simple, binary, black and white. Us and Them. Friend and Enemy. Good and Evil. There is Right and there is Wrong. There are no shades of gray. They are pathologically incapable of seeing the world from any other perspective than their own. Empathy is weakness. Compromise is defeat. There is male and there is female and for them there is no other possible identity and to even consider such makes them mad because they simply cannot comprehend any complexity beyond their binary worldview.

They're mad because others want the same rights, the same privileges, they enjoy.

They are furious because they see those others as less than fully human, as if a pet or a machine rose up one day and demanded equal protection under the law. They measure their self-worth the same way they measure their manhood, as relative to others. In a nation where all are are equal, those who measure human worth as a relative value cannot tell themselves they are exceptional just for being born a certain race or a particular sex or into a privileged family, religion, or station. For these people, equality for all means they are diminished, because the very foundation of their ideology is a zero sum. The books must always balance, an eye for an eye, a tooth for a tooth, no exceptions. For them to feel superior, others must have less. There has to be someone to hold in contempt, to look down upon, to hate. Always.

They're mad because those they deem unworthy, subhuman, want to come ... here.

For them, America is like their miserable selfish religion: it's not Heaven if everyone gets to go. If everyone is Saved, if there are no Left Behind come Judgement Day, then what's the point? The greatest pleasure of their paradise isn't life eternal in the presence of their god, but rather that they get to sit up there in the clouds safe and warm and happy and laugh at all those down below burning in eternal torment. That's how they see America, paradise, with a wall around it to keep all the people their god hates out.

Speaking of god, they're mad because they're not allowed to impose their miserable religion on the rest of us.

It's not that they really believe -- because if they did, well, they'd be very different people. Not one of the holy men they hold up as paragons of virtue and piety really believes. Not one of those holy men live the life they demand of us. They wallow in greed, gluttony, avarice, pride, lust, sloth, and their sermons are daily filled with wrath. No, again, it's about power, control, force. It's about bending others to their will. They're enraged when we don't live up their god's law, but they themselves never could -- or even try.

They're mad that their children might have a better world than they did. They truly seem to believe that if their children do not suffer the deprivations and injustice they themselves did, it will somehow make the next generation soft, weak, unmanly -- because misery and injustice are the only way they can envision strength. Don't show your ass, they tell their children, meaning don't get above yourself, don't think you're better than me, if it was good enough for your father, it's good enough for you.

Most of these people don't even know why they're mad.

They literally have to make up things to be mad at. 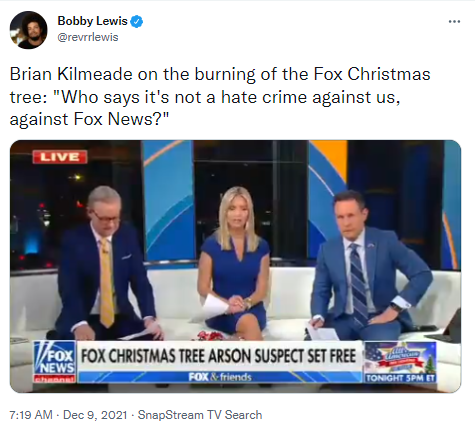 They're mad at whatever some rich guy on TV tells them to be mad at, they don't care why.

They're mad at everything, there is literally nothing that these people aren't mad about.

They're addicted to being mad.
They don't know how to be not mad anymore.
Most of all, they're mad at the idea of community.

They dismiss the very idea of it.

They hold up their miserable malformed greedy selfishness as some sort of virtue and rage in red-faced yellow-eyed spittle-flecked fury at the very idea of any good greater than themselves.

Most of these people are better off -- even now -- than the majority of human beings at any point in history. They have more freedom, more liberty, more leisure time, more to eat, more luxury, more of everything. They sit at home, screaming at the internet, watching 900 channels on their 70 inch UHD TV, smoking $400 worth of cigarettes each week, while some underpaid gig-economy Door Dasher delivers 5000 calories of Carl's Jr to their front porch, and they feel persecuted, thrown to the lions, diminished, demeaned, because Tucker Carlson told them Joe Biden wants them to have healthcare.

Maybe that's why they're so mad.

They don't have anything else to make them feel alive.