We spent the day in Talkeetna, a little tourist town a couple hours north of here.

This first picture is a panorama stitched together from seven shots taken along Main Street. I thought the colors were interesting. If you click on the picture, you can see a larger image in my PicasaWeb Alaska album.

The menu outside Nagley’s Store 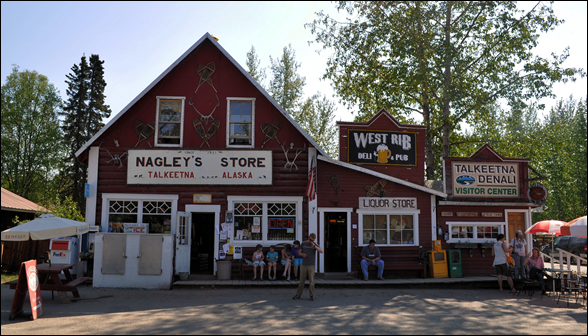 Note: Did you ever notice that in a candid picture of ten or more random tourists, at least one will be picking his nose?

The ATV/Walkway along the Alaska Railroad bridge over the Susitna River just outside of town.  I thought the shot looked more interesting in Black and White. 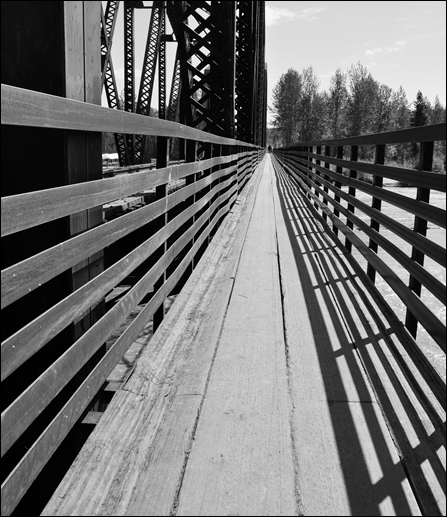 You can tell an Alaskan bush plane from its oversized tires.  Talkeetna is the gateway to interior Alaska, all expeditions to Denali start here. 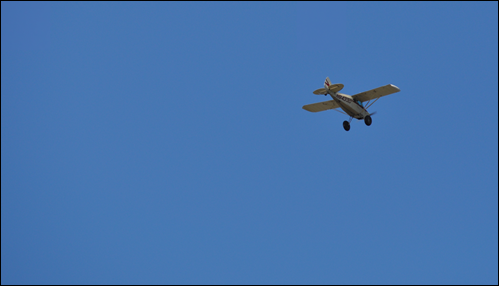 The Great One itself, Denali, the highest peak in North America, and one of the most deadly in the world.  Four people have already died on its flanks this climbing season. 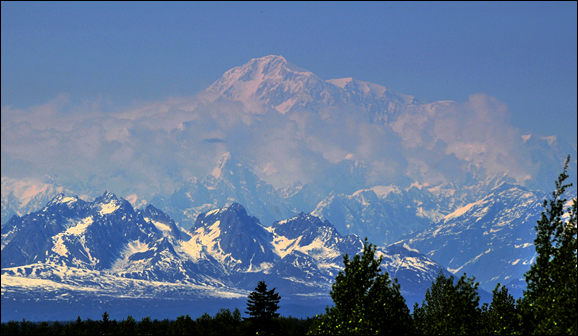 Hope your Saturday was as enjoyable as ours.