If you need yet another example of how utterly and absolutely insane what's left of the Grand Old Party has become, you need look no further than Ted Cruz: 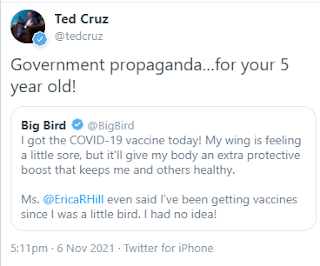 Fun fact: the Australian army once went to war against emus.  Yes, emus.

The Aussies were experienced combat troops armed with machine guns.

Emus are giant murder chickens what look something like an ostrich crossed with Bloom County's Bill The Cat. They have dispositions that are most charitably described as a steady diet of those amphetamines' the Nazis used to make stormtroopers into murderous psychopaths.

I don't know what species Big Bird is, but he looks a bit like a cassowary and those things will kill ya dead and then kick the shit out of what's left just for fun.

As someone who grew up around geese, which are essentially the closest thing to modern day velociraptors, I'd say maybe rethink this attack on the big bird.

Then again, you can sort of see Ted Cruz's point.

I mean, Sesame Street teaches kids about reading, critical thinking, how to be nice to each other, hygiene... 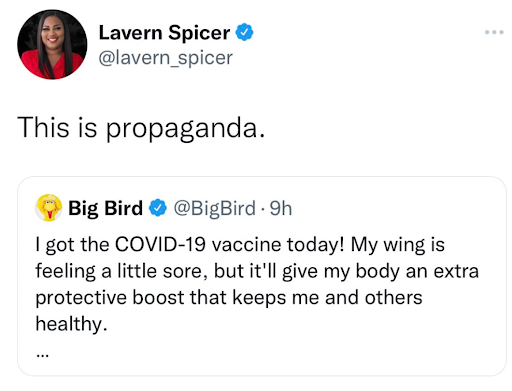 Imagine being mad at a kid's show, because it promoted the very cornerstone of modern medicine and disease prevention by suggesting that getting a vaccine is safe, effective, not scary, and the smart thing to do. 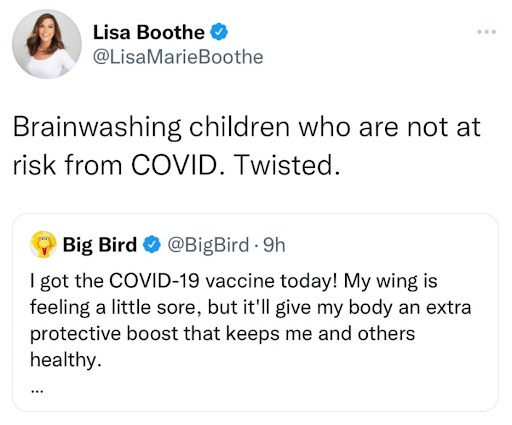 The US once led global efforts to develop vaccines and eradicate pandemic diseases such as smallpox and polio. Republicans were once proudly on the forefront of efforts by the US government to establish mass vaccination campaigns against common diseases here at home up to and including producing TV shows, radio programs, and written material specifically designed for kids. Hell, Donald Trump himself once touted development of this very vaccine and claimed personal credit for it. But decades of relentless hate radio, for-profit hate religion, and fanatical hate politics treated as if those are rational viewpoints instead of the fact-free lunatic ideology they are, have turned conservatism into nothing but a bunch of frothing red-faced bulging-eyed spittle-flecked raging paste-eaters. 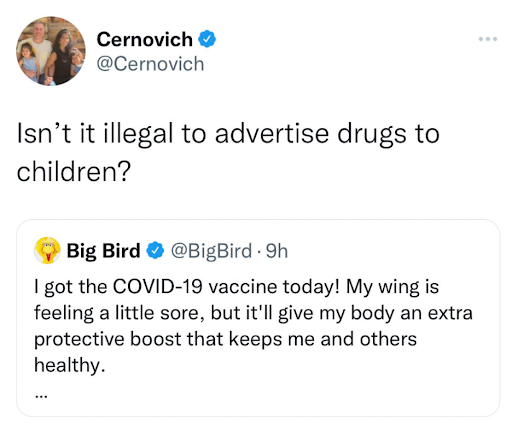 And now they're mad at Big Bird.

Trump may be the Fool King, but Ted Cruz is their clown prince.

Speaking of Texas and paste-eating, a contingent of what passes for the Republican Party nowadays gathered in Dallas last week for the return of...wait

A large bunch of QAnon believers -- which I am increasingly hard pressed to separate from the rest of Republicans and so I won't bother anymore -- showed up in Dealey Plaza, surrounding the big white X marking the spot where President Kennedy was assassinated, waiting for the Q prophesized return of John Junior.

See, they apparently believe in a QAnon conspiracy theory which goes: Kennedy Junior faked his own death and spent 20 years in hiding so that he can reemerge in 2021 (SURPRISE!) to be Donald Trump's Vice President when Trump is reinstated (SURPRISE AGAIN!) as America's president because, according to QAnon, who is totally not just some random 14-year-old shitposter from 8-chan, everything that happened after 1871 is illegal and unconstitutional because something something My Pillow Guy gazpacho (SURPISE HAHA!) and therefore Joe Biden's presidency is totally for sure illegal and anyway once Trump is president again he'll step down and Kennedy Junior will then be president and will naturally appoint (MORE SUPRISES!) disgraced lunatic general Mike Flynn his vice president so Trump can go on to be -- I swear I am not making this up -- "King of Kings" as foretold in the Book of Revelation.

If this doesn't work, Plan B is that Trump will have to run for president like any other schmoo in 2024 and JFK Jr will then be his running mate -- because even if Kennedy is in fact an actual desiccated corpse dead and rotting for 20 years, he'd still be more personable, charismatic, and fresher smelling than Mike Pence.

So, anyway, there they were, in Dealey Plaza last week, waiting for Junior to arrive.

And so he did.

You saw it, right? The moment came and suddenly there he was! Flash! Thunder! The earth split open and there he was! That's right, John Fitz Junior, back from the dead! You can see it on the tapes in glorious technicolor! There was a moment of stunned silence, then the crowd went wild with cheers! USA! USA! QANON! QANON! Ken-a-DEE! Ken-a-DEEEEE! Junior looking around, his thick dark hair perfectly styled, his handsome face splitting in a wide smile...

...to revel inch long fangs! Holy shit! There's a price for immortality and that price is the flesh of the living! OMG! OMG! RUUUUUN! Then the screams and the blood...

Well, that's how it would have happened if they let me write it.

There it is, Joe Biden's communist takeover of America.

And you thought the bird thing was stupid, right?

Modern Republicanism is the most morally bankrupt of ideologies.

Call it the McConnell Doctrine.

Republicans would rather burn the entire nation to the ground and squat in the ashes if passing legislation means all of us benefit rather than just them, just their party and ideology.

That was why Republicans under Trump never could themselves craft infrastructure legislation -- or, for that matter, deliver their long promised healthcare plan.

Because they couldn't figure out how to do so in a way that it only benefited them and no one else.

The only legislation Republicans have been able to pass these last few years is that which penalized and criminalized the people they hate. They literally couldn't do anything else and they've reached the point where they never will.

They would literally cut off their own nose just to own the libs.

The Party Of Lincoln, that Grand Old Party, has become The Party of Anti-Reality, of Trump, of Limbaugh, of unwashed, science-denying window-licking lunatics and proudly deluded fools who declare war on puppets and who gather in the street to unashamedly share their ridiculous insanity.

The very name, Republican, has become a cruel jape.

These people are no longer defenders, or even citizens, of The Republic.

They are the howling barbarians at the gate.