Jupiter – Latest from the Shop

I mentioned on Facebook this last weekend that I’d cut a bunch of turning blanks.

That’s them sitting on the floor in front of the wood cart. 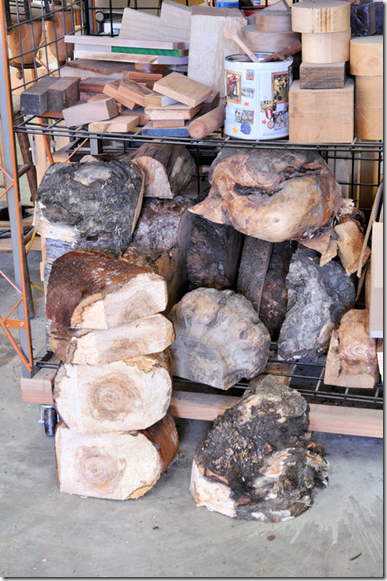 On the left is a stack of four large birch pieces, for which I have something special in mind.

That ugly knobby irregular piece on the right is a large burl.  It’s green, i.e. still wet. Very heavy. And the grain, the part that I could see anyway, looked very interesting.

So I thought I’d start with that piece.

I had to do a lot of initial rough turning to get down to solid wood, but I was right – it was interesting. Very. 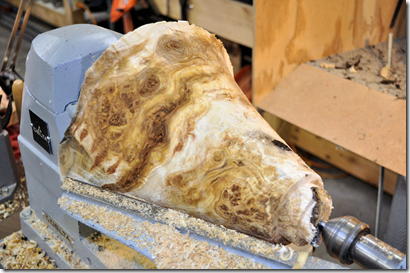 The grain was extremely difficult to work. But after three days, this is what I ended up with: 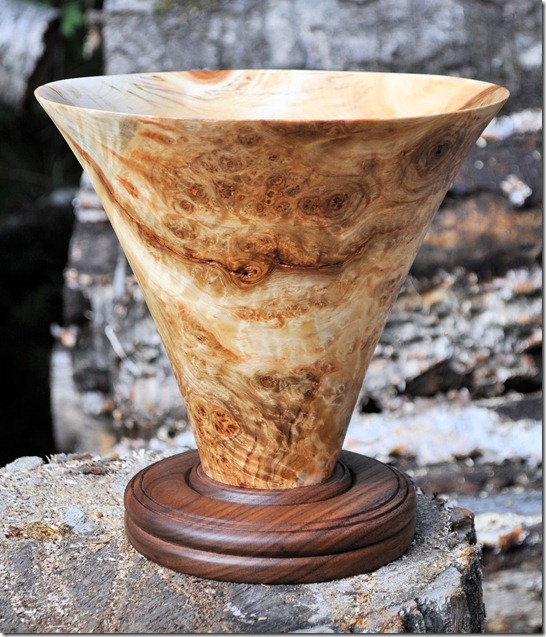 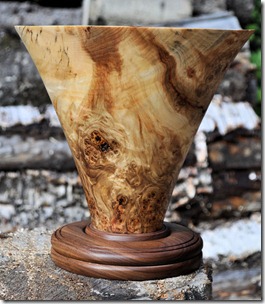 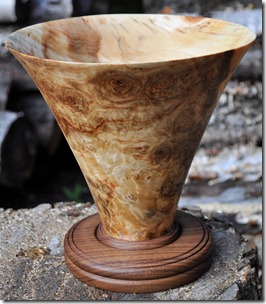 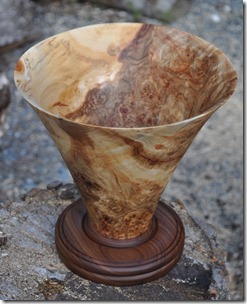 The base is walnut.  I like the contrast, I think it enhances the appearance of the burl without distracting from it. 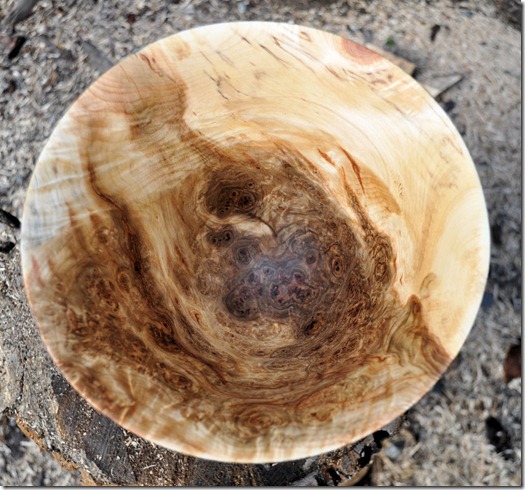 I named it Jupiter, because the grain reminds me of those huge swirling storms in Jove’s atmosphere. 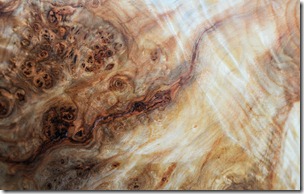 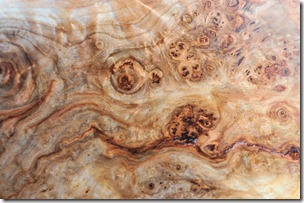 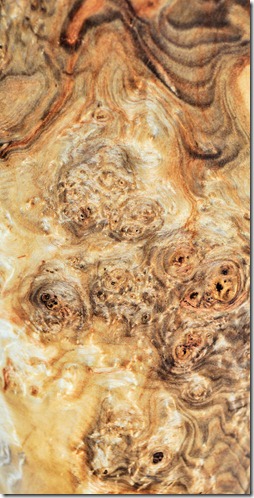 Because this piece is so unusual, I haven’t yet decided if I will make it available for sale.  It may go to a gallery. We’ll see.  It has to dry for a while anyway.

I turned the rest of those pieces tonight, the lathe is nearly buried in swarf.  Unfortunately, I managed to snag the big Sorby scraper and bash myself pretty seriously across the knuckles of my bad hand.  It’s black and blue and yellow already, the swelling is fairly impressive, but I don’t think I actually broke anything. Hurts like the very dickens though. So both typing and turning are likely to be in short supply around here for the next of couple days.

It was worth it though.

Now, anybody see where I left the bottle of Motrin?